Interview of Alp Navruz and Alina Boz with Ranini 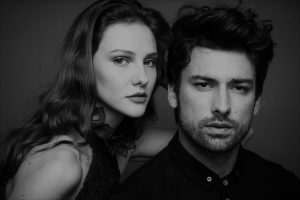 Interview of Alp Navruz and Alina Boz with Ranini.tv

Cenk is a character who lives in the shadow of the past, (cenk geçmişin gölgesinde yaşayan bir karakter.)

We met to Alina and Alp with series of Fazilet Hanım ve Kızları-Paramparça.Now,they perform their skills at TRT1 screen on every Sunday. Both are young and talented actors. 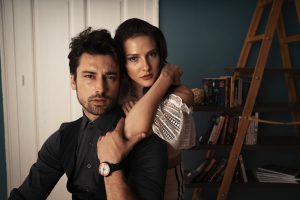 ● Could you talk about you? How was your family?

AB: I was born in Russia.My childhood started with nature and animals.I began to school at Russia and then we moved to Istanbul because of my father job.Learning is faster and more easy at childhood.I learnt to Turkish easily but pronunciation took a long time.I liked to dream more than talking and I was not a social person.When I was 8 years old,I attended a theater course.Also,I draw a picture,rode the horse,played basketball,playing the guitar.Except fot the theatre,it is all out of my life over time.I never give up,I have tried it all the time.When I was a high school,I included series of Cesur Hemşire.I acted with Şebnem Bozoklu and Hakan Yılmaz.Then I continued series of Paramparça.Now,I worked together with good team for Elimi Bırakma.

AN:I was born in Istanbul at 1990.I did master degree department of Turkish Language.People know me from series of Arkadaşlar İyidir.Later,I have been a brand face.I got special training for acting.I am preparing to project with special coach.

● How did you involved in this series? Can you mention about it?

AB: Scenario is came by production company in April.When I read the character of Azra,I loved her directly.And then, we shot the audition about Azra with Sadullah çelen.

AN: Elimi Bırakma is the most impressive of the offers I have received. Especially,character of Cenk impressed me.

● What impressed you in the story ?

AN: Story consist of life experiences,emotionally charged words,future coincidences. These are enough to impress me.

● How is the character of Cenk ?

AN: Cenk is a character who lives in shade of past.The character is away from typical human emotions like complaining,excusing or reasoning and trying to solve issues with different motivation by himself .

●  Alp; you worked with Murat Saraçoğlu in the past.What did you learn from him?

AN: For this reason,I feel very lucky. Murat Saraçoğlu gave me advice at always time like a brother.Therefore, my motto is ‘’Where forget where you came from’’.

● You share the scene with experienced actors.What are the positive effects?

AN:Of course it is a big occasion for me.Also,this situation is very pleasant 🙂

● How does it feel to work with Alina ?

● How did the first audition shooting ?

● What are the pearls and pitfalls of acting?

AN:As is known to all,time of series are very long.Acting did not have a bad aspect.